It’s been one of those roller coaster weeks.

I finished my Master’s presentation last weekend (yay!), and a couple people have asked me if I feel like a “Master” now.  I have confidently responded, “Yes, I am definitely a much better teacher now than I was two years ago, and my Master’s program has played a huge role in that.”

I went into the week excited to be a teacher and not a teacher going to grad school for the first time in two years, but I got a dose of humble pie on Monday when the majority of my lessons were flops.  The week has been a series of ups and downs since then.  So it feels weird to write this post, which is a rough skeleton outline of a unit I taught several weeks ago that I felt went pretty well, after a week like this, which felt like a major flop teaching wise.

This was my first time truly teaching the Pythagorean Theorem rather than just reviewing it with students.  I’ve really been working this year to find ways to get my students to notice and discover things in math rather than me telling them stuff.  I’ve been surprised that often times a small change I make to a lesson makes a huge impact on the overall lesson.  (I’ve come a long way with my 8th graders.  6th grade is a whole other story.  That’s my project this summer.)

I started this unit off having students notice and wonder using the following image from this Desmos graph.

I wasn’t quite sure where the lesson would go after this.  I had notes ready to go, but before I got to that I put an example where students needed to find the length of the hypotenuse up on the board.  I was excited to see students drawing the squares to find the hypotenuse.  Even though I was the one to show them the picture above,  I don’t know if I would have thought to do a problem problem using that visual until our discussion in class and we started doing the example together.  I decided to forgo the notes that day and continue with more examples using their own way of thinking about these problems before I formally introduced the Pythagorean Theorem.

By the end of that first day, students’ work looked something like this.

I can’t remember if I gave them a problem where they had to find the length of a leg the first day or the second day, but I’m pretty sure it was before I formally introduced the Pythagorean Theorem.

By the end of the first day some students got it.  Others felt completely lost, but that was a great opportunity to have the conversation about how if students were confused that was a good thing.  I tell my students it means they’re paying attention and are engaged in what’s going on enough to be confused.  I tell them to stick with it and don’t give up.  I tell them to trust me.  I’ll get them where they need to be.  It was only the first day of the unit.

And guess what?  Later that week, those that were confused that first day, got it, and I reminded them of how confused they felt the first day and that conversation.  That I told them to trust me and stick with it and that they’d get it.  And they did.

I made this Desmos activity for some in class practice later that week.

I also used this unit to talk about rational vs. irrational numbers.  It wasn’t quite where I planned to introduce it, but my units got switched around a bit because of state testing.

We spent a day or so on rational and irrational numbers.  I expected to find a Desmos card sort on this, but couldn’t so I came up with this one.  Shortly after I created that one, I also saw that Joel Bezaire also created one.  You can find his here. 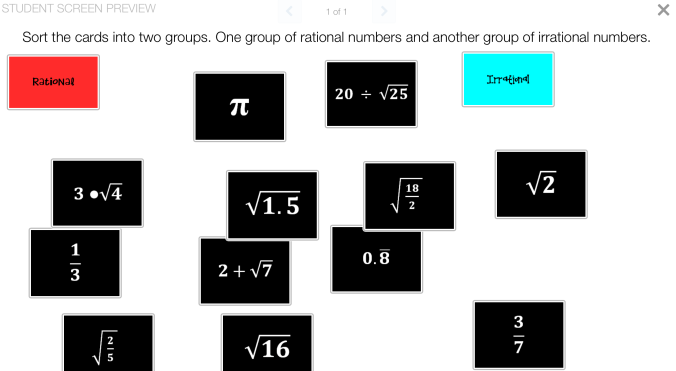 It was fun to see my students excited that they were able to figure this out on their own.  To me it seems like such a small difference from the types of problems we had been doing, but to my middle schoolers, this is an entirely different problem at first glance.  It’s fun to see many students who at the start of the year would shut down when any new type of problem was put in front of them now trying different things to attack a new problem.

Then I gave students two ordered pairs and asked them to find the distance between the two points.  As one group worked on this problem, one person started by graphing the points and another started by finding the difference between the y-values and the x-values like they had done earlier in the year to find slope.  Their conversation was another one I wish I had recorded.  As they compared their strategies I overheard, “No, it’s the same thing.  When you subtract the x‘s, it gives you the length of this leg, and when you subtract the y‘s, it gives you the length of this one.”

What I really liked about this unit was there was very little direct instruction -a little bit when I formally introduced the Pythagorean Theorem and a little bit when students took notes on rational and irrational numbers.  Other than that students were in groups working on problems the majority of the time.

Although this is Unit 8, the past couple years I’ve done this after Unit 4 (applications of lines).  It’s just the way things worked out based on the time of the year and state testing.  Also, I’ve found that once we finish applications of lines, my students are ready for a break from lines.  I’ve also enjoyed finishing the year with our unit on systems of equations (Unit 5) to review lines.

Here are a few things I want to remember to use for next year and some things I added this year.

I always intend on using this around that time, but I always forget. 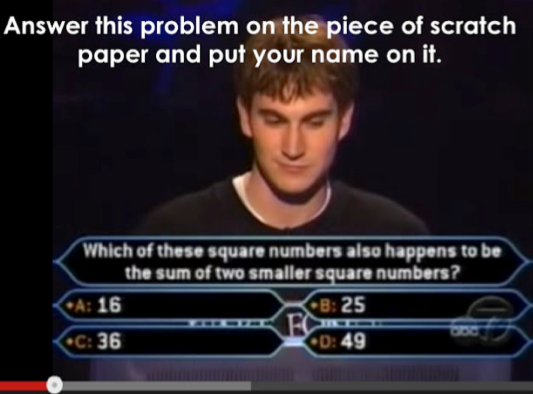 And then following up with the video to go with it.

I also saw this and want to use it next year.

Teaching Pythagorean Theorem? Show students this clip from the Wizard of Oz and ask them to correct the Scarecrow.https://t.co/Z90qLNvtx6 pic.twitter.com/kQrn5v00Uw

Then I tie in rational and irrational numbers into this unit.  Again, I made this Which One Doesn’t Belong? for this unit, and then forgot to use it.

I tried Dan Meyer’s Taco Cart 3-Act for the first time.  I ended up using it on a random day between units when many of my students were gone for sporting events, but I want to use it during the unit next year. 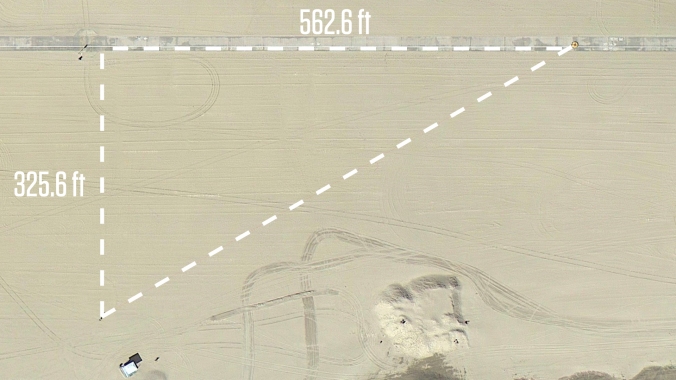 I use this Desmos activity as our review for the test.