I love the first week of school, but I’ll be honest, I love a few weeks down the road more -when I know my students, they know me, and we’re in a routine.

I think that’s why many of my good things from this past week of school (my first week for the year) came from students I had last year.  It felt like we picked up right where we left off.

A student walked in and excitedly asked, “How was your Desmos thing?!”

I overheard another student, “She got a new sign.” as she pointed to the wall.

I was sharing a bit about myself and had a picture of my cousin’s daughters up because I spend quite a bit of time with them.  Another student asked, “Which one is the ABC girl?”  (Last year I shared with them a video of the youngest singing the ABCs.)

All of that happened in the first 10 minutes.

And later when I was going through Name Tents, a different student asked if my cousin’s daughter ever learned out how to “stop the ABCs” (She would get to the end and sing, “now I know my abc….defg…” and it was an infinite loop.)

My heart was full.  We didn’t just learn math together last year in my room.  We learned about each other and what’s important to us outside of school, and we asked each other about those things.

And it gave me hope and reminded me that I’ll get there with my other classes too.

When I was introducing my favorite first week problem (thanks Fawn!), I asked them what they thought I would tell them after they solved it, and a chorus of students enthusiastically said, “Try to find another way to solve it!”  It was almost as if I had told them to say that and they rehearsed.  It was music to my ears.

And when I tried to interrupt them seconds after giving them the problem because I forgot to give part of the directions, I couldn’t because they were already too into the problem.

I didn’t even care that they didn’t stop to listen.

The day after we started that problem a student pulled these out while her group was working on it.  I was maybe a little bit too excited about this.  I immediately wanted to have enough of them so that we could “act” out the entire problem. 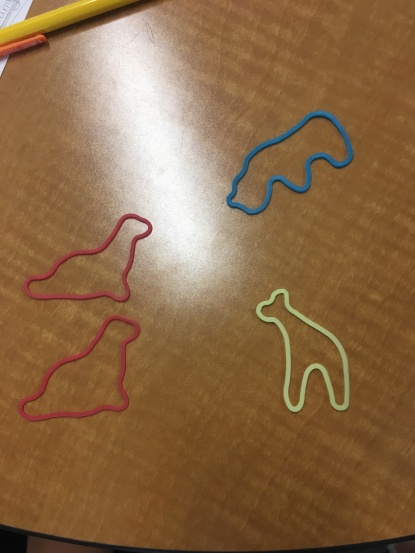 Middle schoolers really know how to make you feel good the first week of school. 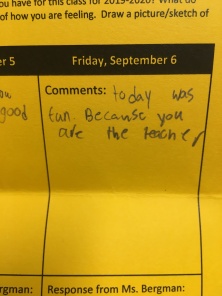 I think this will forever be one of my favorites.  And every year I laugh when the students I’ve had for the second time are shocked that I was taking pictures while they were working -they knew I did it when I had them the first time! 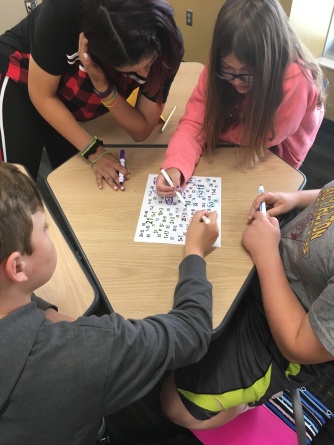 I LOVE using Set the first week with my 6th graders to introduce them to some of my routines.  I start by doing a notice/wonder with it.  Then I had students do a Stand and Talk and had students talk about what they noticed.

Then later in the week, once students understand how to play Set, I pull out all my decks, put students in groups, and have them play.  This is also the perfect way to revisit what we talked about on day 1 when it comes to group work in math. 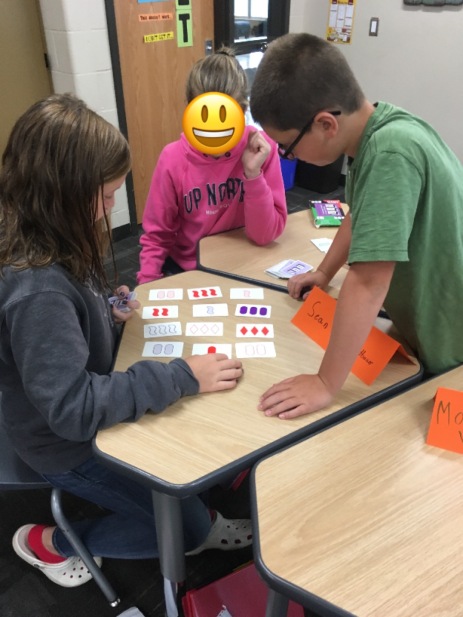 My week ended with a student coming in my room after school on Friday with the problem we had been working on all week.  It was not assigned, yet she so badly wanted to figure it out that she was working on it outside of class.  ♥

What a perfect way to end the week and start my weekend!

Hybrid: Stuff that Worked for Me